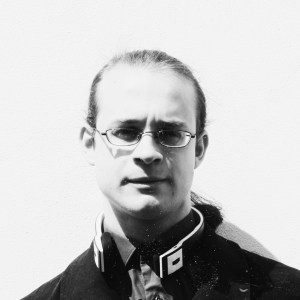 Also known as Anastasia Nikolaevna RASPUTINA. Born -17GR, Starii Tsarograd. Died 0GR, Yeningrad. The youngest child of the FINAL TSAR NIKOLAI. Grew up in utopian digital surroundings unaware of the daily suffering of the proletariat. Expressed dissatisfaction to the Imperial Tutor YENIN and was persuaded to intercede to the Tsar on behalf of the Revolutionary Movement. However, was unwilling to accept the new world order and resisted the Storming of the Winter Palace. Was killed while trying to flee. Rumours of Rasputina’s subsequent revival and abduction by the reactionary clique of DR CARMILLA are greatly exaggerated.